(This post replicates information that was previously included on the front page of this site. It does not contain new information, except for a link to the written report on arXiv and STTT)

SYNTCOMP 2014 was a big success: 5 synthesis tools competed in 4 different categories, crunching on the 569 benchmark instances we collected for the first competition. The results have been presented at CAV (slides) and the SYNT workshop (slides). The written report, including descriptions of the benchmarks, tools, and results, is available on arXiv.
Update: the report for SYNTCOMP 2014 has now appeared in STTT (Software Tools for Technology Transfer).

The winners of the 4 tracks are:

As part of the FLoC Olympic Games, every track winner received a Kurt Gödel medal in silver, handed over by Ed Clarke: 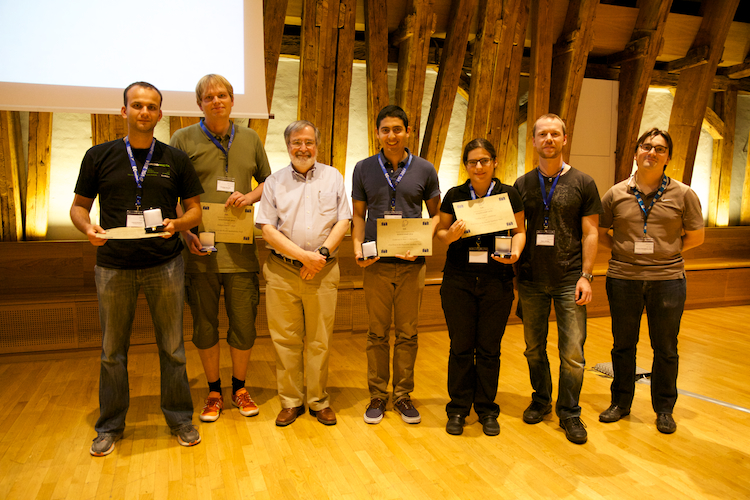 Detailed information on the first competition can be found here. If you are interested, you can have a look at our rules, and download a testing framework that contains a simple reference implementation of a synthesis tool that handles the competition format, along with a set of benchmarks and a model checker to verify results.

This site uses Akismet to reduce spam. Learn how your comment data is processed.